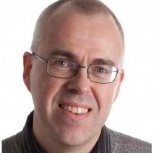 By Berocoder, March 21 in Job Opportunities / Coder for Hire