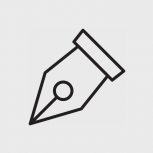 Paths in DPR and DPROJ

By Bill Meyer, August 5 in Delphi IDE and APIs