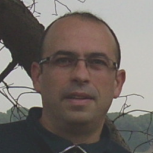 JSON as a way to save information in Firebird

By Alberto Fornés, September 6, 2019 in Databases