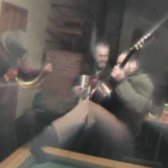 Firebird 3 and SP in Object Pascal

By Jacek Laskowski, November 5, 2019 in Databases