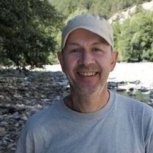 What about additional free open source C++ libraries on GetIt ?