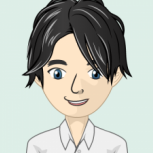 By John Kouraklis, March 13 in Cross-platform