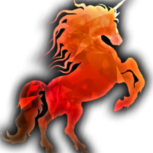 Getting an Object Instance Name when ancestor is of TComponent

By bravesofts, September 26 in Algorithms, Data Structures and Class Design